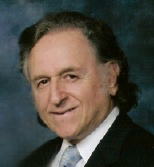 Weiss attended the very first meeting where ARA began and has volunteered his time for more than thirty years, serving in every executive post, culminating with his election to the Presidency in 1979. Mr. Weiss continued to serve the Association and in 1999 was re-elected to the Presidency.

It is not only on the national scene that Mr. Weiss has lent his expertise, but on the state level as well. He is a founding member of the California Association of Licensed Repossessors, and after decades of service, was elected as their President in 1981.

Mr. Weiss’ commitment to the repossession industry has garnered him the distinction of being “one of the Fathers of the industry”. He continues to this day to readily offer his advice and expertise and is sought after as an expert witness in many situations.

It is this backbone that gives Able Auto Adjusters the ability to serve its clientele with superior service.

Mr. Weiss lives with his lovely wife of 62 years, Francine, in the home they built 50 years ago.  He has three children, Marc, Suzanne and Danielle and is blessed with 9 grandchildren from age 5 to 33.

As Mr. Weiss is fond of saying; “Anyone can repossess a vehicle, it is the ability to locate the chattel for the client that makes you a true repossessor.”

This has truly become Able Auto Adjuster’s motto now that you have tried all the rest, try the best.