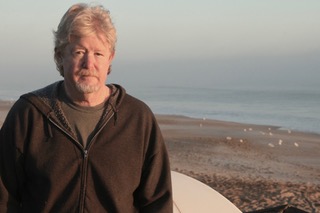 This month we’d like to highlight Patrick J. Altes, the newest addition to the ARA Board of Directors, after our recent merger with Time Finance Adjusters. Patrick started in the repossession business in 1974, shortly after high school, as a part-time employee at his father’s repossession business. Initially, he had planned to get a “real job” after graduation, however, as many of us know, his dad, Harvey C. Altes, was quite a legend in the industry and Patrick was quickly drawn into the family business.

Patrick was able to pick up some of his father’s skills along the way and the father-son duo worked together working for some interesting non-repo-related clients on investigation and research, including nationally-known attorneys and celebrities. For many years they worked as researchers for CBS TV’s “48 Hours” TV show.

Over the years, Patrick developed the “international” aspect of his repossession agency, Falcon International while also working with Time Finance Adjusters, helping his sister, Nicki Merthe, with the management of that great organization. Patrick’s main role there was that of an industry advocate. He has been a writer, blogger, and point-of-contact for the mainstream media, to advocate for the professional repossessor and the worth and value of their services. Patrick has fought hard against practices, like contingent repossession work, which he believes to yield dangerous, unprofessional results that don’t best serve the lender, their proxies, or the consumer. After having done this for so many years with TFA, it is especially exciting for him to now partner with the “new” ARA in being a united, single voice for the industry.

In his free time, Patrick is a musician and worship leader at his church and has been involved with the music for over 27 years. Patrick still does photography and a little video production work and has been married to his favorite person, Sharon, for 37 years. They have 5 tremendous grandchildren. They work hard to be a big part of their lives, hopefully in a positive way. Patrick believes that will be his legacy, undoubtedly more enduring, and important than whatever else he has done or will do in the world.