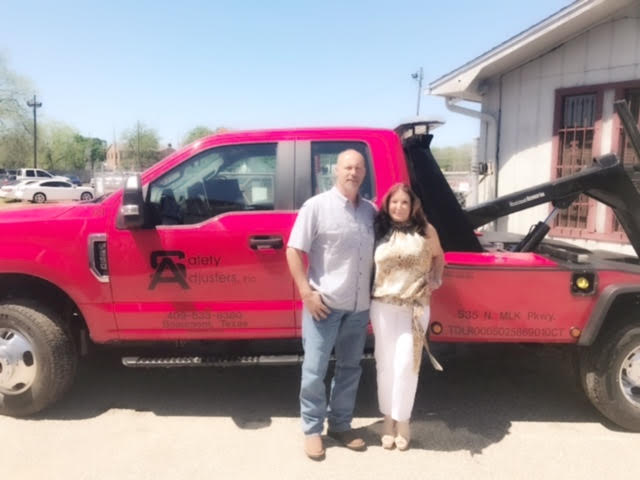 This month’s member highlight is on Malcom and Michele Ray, owners of Safety Adjusters, Inc. and high school sweethearts who’ve been together for nearly 35 years. Safety Adjusters, Inc. was founded in 1965 by Doyle Ray, Malcolm’s Dad; the two bought the company in 1988 and have been running it side by side ever since.

They have been ARA members since 1981 and also belong to TFA. Malcolm is a lifetime member of the Young Men’s Business League (YMBL) and has served in numerous positions throughout the years, including President, Fair Chairman, Rodeo Chairman and Board Member.

Both Malcolm and Michele have been volunteers and have donated their time to working YMBL charity events and to various other efforts to raise money to find a cure for Cancer, Muscular Dystrophy and many other diseases.

Michele is an animal rights activist, donating time and money to local animal shelters in an attempt to rescue and find forever homes for neglected and abused animals.

When not working or donating his time, Malcolm enjoys working on his farm, traveling with family and trail riding.  Michele enjoys anything family, interior decorating and design, and for those of you who know her… shopping!