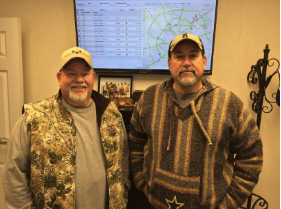 This month’s member highlight is on new board member Brad Webb of Premier Adjusters. Back in November on one of the coldest nights of the year, Brad’s adjuster, Dave Wojcik, repossessed a vehicle for a major lender. As Dave was driving down the road he noticed the lights on the car were flashing, so he pulled over and found the owner of the vehicle inside. It turned out that the elderly man had been sleeping in his car because he had recently lost his job and couldn’t afford to pay his electric bill.

Brad and Dave decided to split the man’s electricity bill to help him get through the Thanksgiving holiday. The following day the gentleman redeemed his vehicle and thanked everyone at Premier Adjusters for their kindness and informed them he had just gotten his old job back and that things were looking up for him.
Thank you Brad and everyone at the Premier Adjusters office for going above and beyond your duties and upholding the highest moral standards.